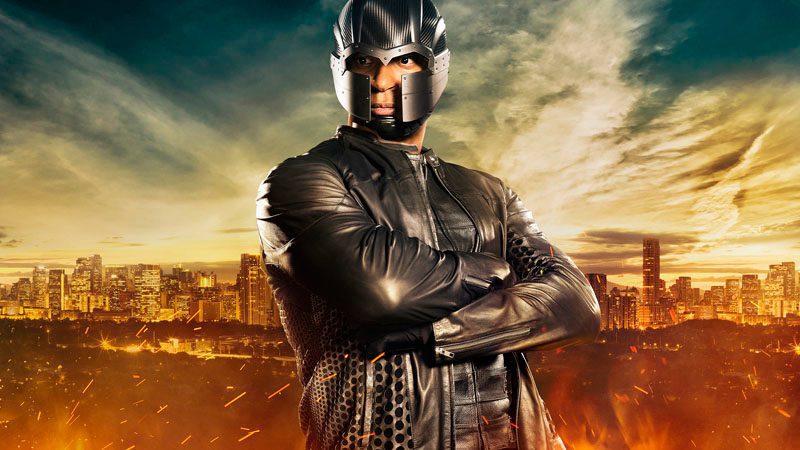 Head over to Stephen Amell’s Facebook page to view it.

In it you get a good look at Diggle’s new outfit. I was right to preface the article with the whole “can’t judge a book and so forth by outside appearances et cetera”. In the trailer, Diggle does have a visor over his Magneto faceplate. His face is effectively covered.

Another note. I have seen it in motion and can say I don’t particularly like it. Dig deserves better. Also, trailers today are built for people with ADHD. So many jump cuts.

I will try to refrain from giving any firm opinion of the suit since this is a still shot against a template background. In action, it could look completely different. The season premiere of Arrow will give us all we need in terms of how the suit looks. I would like to address the helmet’s usefulness.

After all that mess I wrote about not judging the suit until the show comes out, I turn around and judge the suit before the show comes out. *sigh*. So based purely on a static promotional image, that helmet doesn’t solve the problem Diggle had during his crime fighting spree. It doesn’t effectively cover his face. It’s right up there with “Grease Paint Ollie”. If your goal is to mask your identity, you must conceal your facial features. You know, the things sketch artists ask people to describe. Eye balls and lips and such. It feels like the helmet was a compromise. Kind of like The Atom’s helmet. The show seems really keen to show everyone’s face, which makes sense for a TV show but not for a super hero trying to cover up who they are.

How to fix it?

The simplest way is to close that helmet up completely. Give John a digital HUD (The Digital Diggle?) inside the helmet. With Ray and Felicity on the job, I am pretty sure that isn’t out of the realm of possibilities. Need more convincing, see: any Marvel movie containing Tony Stark.

You can also go the established Arrow route and give him a super hood that never falls off for some inexplicable reason. They do flips, and it just stays there. 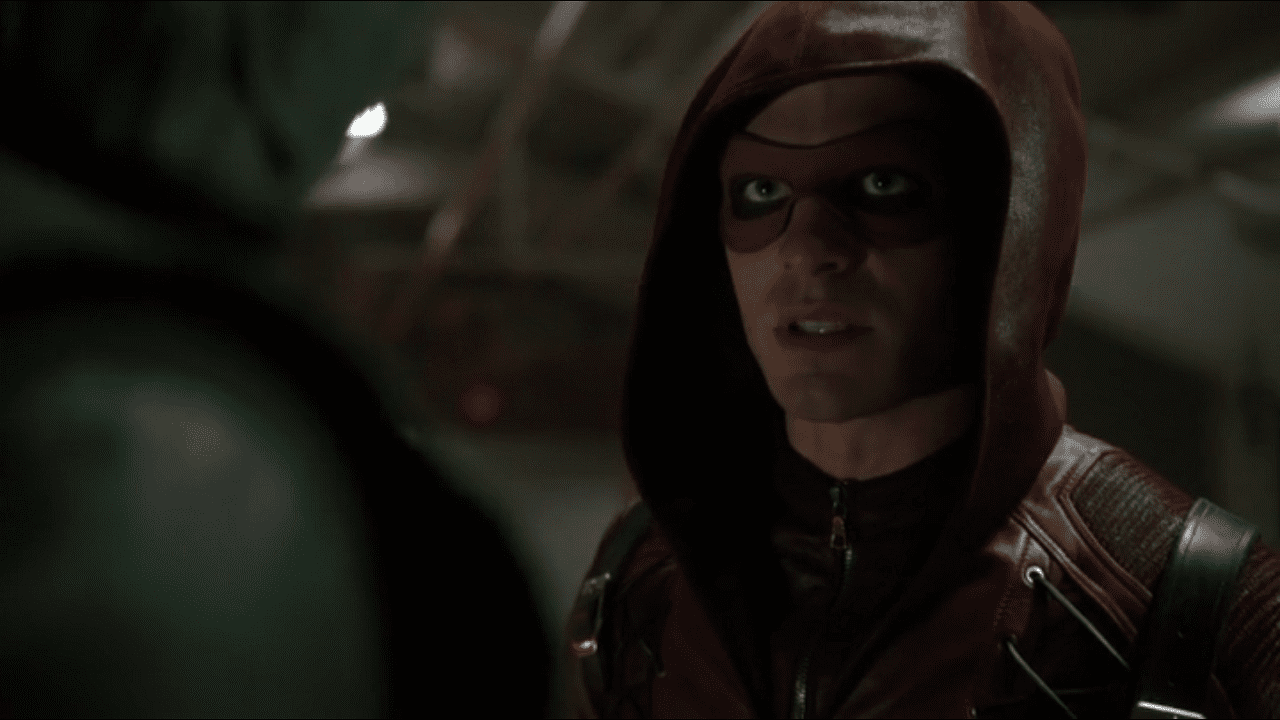 There are only so many ways you can cover your face and head. Most of them lead down creepy roads. Just cover it up guys.

I am still of the mind that Diggle should transition to John Stewart. I don’t care how. Arrow has taken liberties in the past, this would be an easy hurdle to overcome (Diggle:”My mothers last name was Stewart” There, I did it for you). Also, he has the gravitas and moral center to carry that green ring of power. Third thing, the color symmetry between Green Lantern and Green Arrow can’t be overlooked or overstated.

Would the Lantern make him more powerful than the actual titular character? Yes. Does it really matter? Nah. His partnership with Flash and their upcoming team of Justice League Light heroes and villains, Green Arrow is finally falling into his DC role as the guy without powers. Having Green Lantern show up, and for him to be an established character people like already, would be a boon for the series and the character of Diggle. It also gives Ollie solid backup.

I hope they close up that mask and give him a ring. I didn’t have any expectations for John’s outfit so I look forward to seeing it in action. 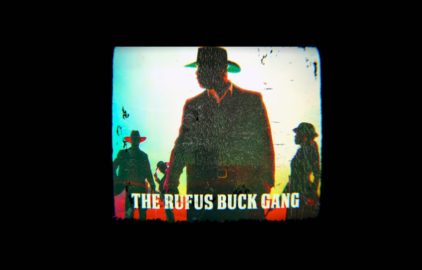